Today, I had to remove the gas tank from a 2000 Suzuki SV650. While it is pretty straightforward, maybe someone can benefit from a documented process: 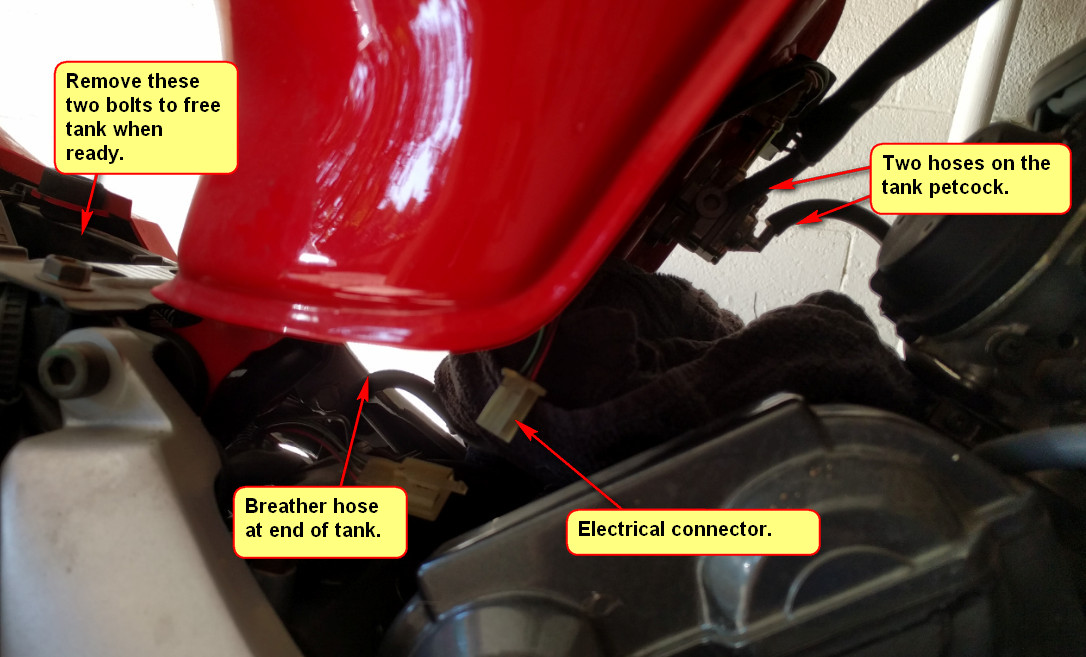